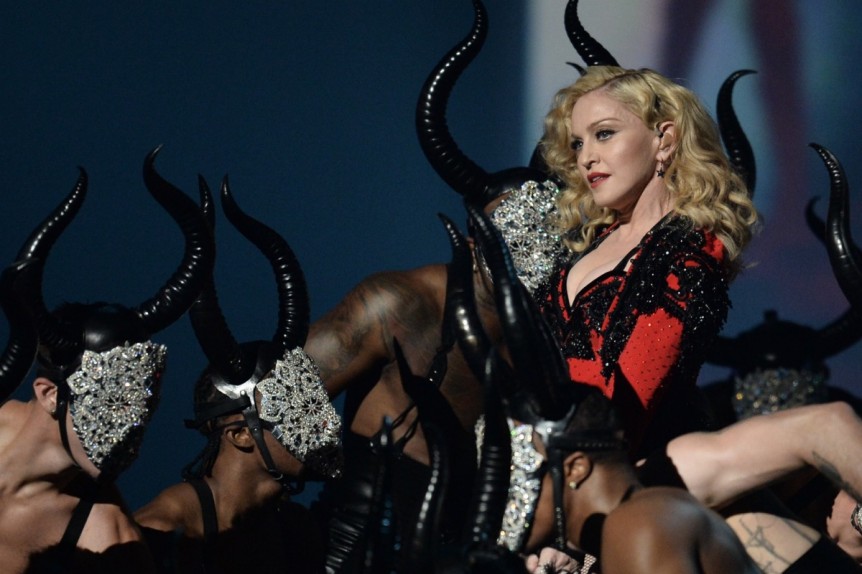 By now, we all know that Madonna’s suffered a terrible fall at last week’s Brit Awards. I will not comment on the nasty things some people said about this unfortunate event. I, personally, praise her for having the strength to get up, pick up her crown and deliver a top notch performance. I wish all of us had this kind of strength in our lives.

Leaving her now infamous fall behind, the second thing that shocked me were the many comments made by people that Madonna’s fall was some kind of a sign from God for her to stop with her devil worship. The satanic rituals comments were also made after her recent Grammy performance.

I have just one thing to say- there is nothing neither demonic nor satanic in Madonna’s performances. On the contrary, throughout both performances, she had one clear message- only love can life us up from the darkness.

As a Kabbalah student myself, I had the privilege to briefly say hi to Madonna in 2008 at one of the Kabbalah Center’s Rosh Hashana events. The person that I saw was not the Diva that many people say Madonna is, but a caring mother, who is loved and respected by her children. And what surprised me the most is that she was really, really nice. She could have come to the event with bodyguards but she didn’t. She could have acted like a big superstar but she didn’t. She was just one of the many people that came to the event to search for a way to eliminate darkness and bring light to the world. Her quest remains the same, even today.

To truly understand Madonna’s Living For Love performances you have to understand the teaching of Kabbalah. You are free to check ukabbalah.com for more info but in a nutshell, according to Kabbalah, our biggest enemy lives inside of us. Some religions and people call it, Lucifer, others Satan, In Kabbalah, we call it the EGO.

She is not praising the Devil; she is not performing satanic rituals. She is actually fighting and eliminating him and at the end of the performance, as seen as in the Grammy, detaches herself from the power of the Ego and lifts herself up to a world where there is no Ego, but love.

And this is what all of us should be doing.

Spread love, not hatred and let love lift you up!